I have a fractured ankle and that comes with enforced sofa time. My indolence has led to a generally dissolute way of life. No calories have been counted for 5 weeks and I have also broken one of my cardinal rules. I have ‘jumped ahead’ and watched episodes of Boardwalk Empire not yet screened on free to air TV in Australia.  In fact I have seen seasons 1-3 and, as Christopher Plummer would say in his Madeline narration, ‘that’s all there is, there isn’t any more’. Hence ‘spoiler alert’. 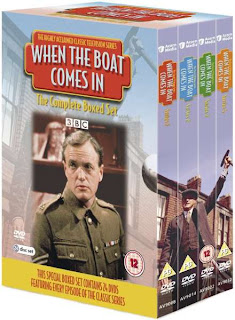 Not many television series have you caring about their characters as if you really know them.   When the Boat Comes In was one. Is it a post WWI thing?

There is so much stuff about Boardwalk Empire on the ’net already that I won’t indulge too much here. There have been a few series over the years where I have really got to know and care about the characters. The first for me was When the Boat Comes In and currently Breaking Bad falls into the same category. You spend so many hours with the characters in a television series,  they engage you in a way they can’t in a 90 minute movie. In that respect, as a friend of mine said recently,  a TV series is more like a novel than a movie. 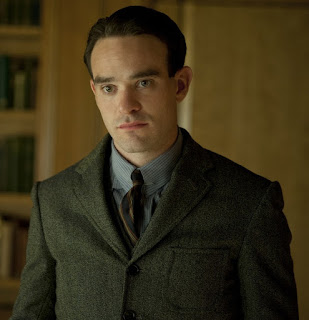 A character being intensely gorgeous may be a factor in us caring about their fate. Charlie Cox as Owen Slater in Boardwalk Empire fits that theory.
Boardwalk Empire has one very special quality when it comes to empathy for its characters. Its attitude to them recalls Spike Milligan’s promo for the army in The Great McGonagall: ‘Join the army, travel to distant and exotic places. Meet interesting and exciting people, and then kill them’. Watch Boardwalk Empire, get to know and love its flawed characters then see them come to grief in myriad creative ways! Mostly there is no wondering ‘if’ a BE character will expire, just speculating when and how. For me, and I gather even for some of the least sentimental US critics, Owen Sleater’s demise in season 3 brought a punch to the guts and a wave of grief  that didn’t dissipate for days. 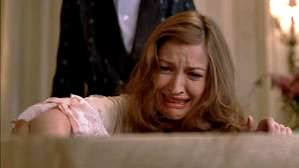 Millions of viewers shared (sorry, will share, I did warn you) Margaret Thompson's (Kellie Macdonald's) grief at Owen's death.

The writers and Charlie Cox’s characterisation made Owen so damn likeable, they built up the sexual tension with Margaret so enticingly slowly, his killing occurred off screen, its revelation was unsuspected and truly shocking. We shared Margaret’s perspective both literally by the way the scene was shot and edited and via the heart rending tenderness of that flashback to their last conversation and the news that she was pregnant with his child. Guys! It is not fair!  I think only Cordelia’s death at the end of King Lear has hit me as hard (and I don't fancy her). 10 out of 10 I guess. 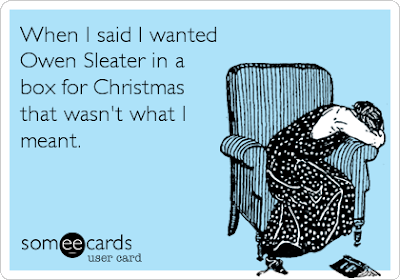