A funny thing may have happened…

There are several theories of about why something makes us laugh. Freud said that humour either expresses hostility or lust or in other ways releases repressed inhibitions. Later Zillmann and Bryant posited three types of humour: tendentious (victim-centred), innocuous (word play and the like) - and that based on misattribution (where characters say and do things against social norms or expectations). Another distinction I have heard is that all humour subverts our expectations or pushes moral boundaries. Personally I think there are two types of humour – the kind I find funny and the unfunny sort like Kathy Lette’s writing and episodes of the TV sit-com Good Times. 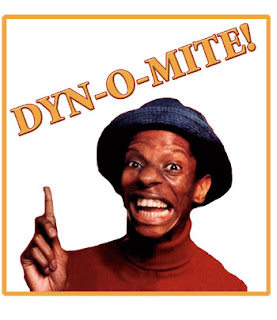 Would you want this emblazoned on your chest?

I had managed to effectively block the cringe-making mugging 'JJ' from memory until I saw a Korean guy wearing a ‘Dyn-o-mite’ T-shirt the other day – that brought it crashing back (shudder). And of course escaping the shamelessly self promoting Lette is a bit like trying to avoid backpackers spruiking for charities and phone plans in Eddy Avenue… 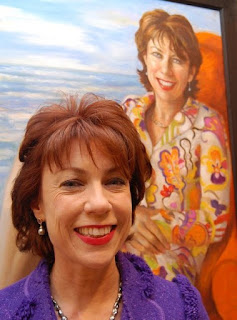 Just what tickles individual funny bones and why is a bit of a mystery. I almost ROFL-ed watching Ricky Gervais’s stand up show Politics on the ABC last week. We have the DVD so I've seen it at least 3 times already but it continues to crack me up. Gervais’s comedy often consists of pointing out irrationality and hypocrisy but he is also accused of being crass and cruel. Witness the controversy over his Golden Globes hostings and the mixed reactions to An Idiot Abroad and Life's Too Short both of which I loved.


Gervais lists Jerry Seinfeld and Larry David amongst his influences/idols so perhaps I should like their work too but, try as I might, I can't endure Seinfeld and most clips I've seen of Larry David leave me cold.  I am at odds with most of the world in this. I wondered if it could be cultural, Ricky and Karl (Pilkington) and Warwick (Davies) all have a diffident, understated quality to their delivery whereas Jerry, Kramer, Elaine et al deliver their material with a subtlety that makes King Kong atop the Empire State Building seem like an early Leonard Cohen concert.

But if I have a cultural preference for underplaying how is it that I also love the 'Ooo, er… missus' humour of Frankie Howerd, Are You Being Served? and the Carry On films? Of course they are a major part of my cultural heritage too.

Can what makes us laugh change over time? Could I go from finding All In The Family and On The Buses excruciating to appreciating their exquisite irony and masterful commedia del'arte techniques? It has worked the other way around. I hated Men Behaving Badly in my early feminist days because I thought it celebrated chauvinism. I later discovered it was very funny indeed and have become a lifelong Martin Clunes fan. My feminist scruples also made me initially recoil from Ab Fab, then I came to relish the OTT characterisations of Patsy & Edina, the insanity of Bubble and the resigned martyrdom of Saffy. Watching the 'specials' made 20 years on though I find the situations stale, the jokes forced and the characters too grotesque to enjoy any more. 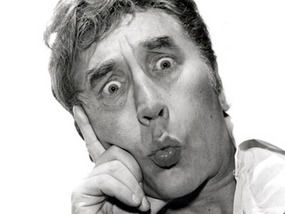 'Titter ye not' urged Frankie but I always did.

Does appreciating the context of or intention behind humour make it more likely that we will 'get it'? E.B. White, author of Charlotte's Web and Stuart Little and generally erudite writer pointedly said:

Humor can be dissected as a frog can, but the thing dies in the process and the innards are discouraging to any but the pure scientific mind.

Acquiring new life experiences might lead us to appreciate different types of humour. Perhaps if I lived in New York I would learn to like Seinfeld. Perhaps if I had a lobotomy I would find the 3 Stooges amusing. (Note: try watching the 3 Stooges without the whacky sound effects track – their true ghastliness becomes apparent).

Here, in keeping with my theory, but at the risk of disemboweling frogs, is a random* sample of the two types of comedy: funny and not funny…


*I reiterate that this is by no means an exhaustive list. I have ommitted the brilliant John Clarke and failed to analyse the complex (scantily clad) body of work produced by Mr Benny Hill. I am keen to hear what makes others chortle or wince. 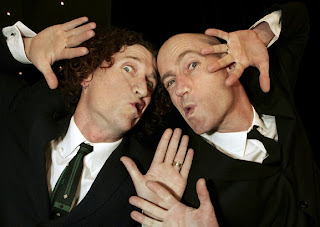 The Umbilical Brothers - is 'funny mime artist' an oxymoron?

So as I was saying, a funny thing may have happened to me the other day when I entered a competition to find the wittiest pun by a Sydney blogger – I was really keen so I entered ten times. I thought that would give me an edge but I didn't win with any of my entries. That's right, no pun in ten did! Boom, tish!

Just found out that Denise Scott and Judith Lucy are doing a show TOGETHER in Melbourne - hope it comes to Sydney!

Brilliant observations, Alice! I would like to add Chris Lilley (Angry Boys, and the first series whose name I can't remember - and have I spelt his name correctly?) as a top notch comedian. I also loved the Fokker (as in "Meet the ..") series.

I think Chris Lilley is an absolute genius too, Glenda. He warrants a whole blog.

It's so weird what makes people laugh... I love Denise Scott, but can't stand Judith Lucy's overly exaggerated and 'staged' delivery... I find it detracts from the material, which doesn't really stand alone. Just my opinion. I would agree woth many of the things you said, but NOT being a 'Feminist' in the bra burning Germaine Greer sense, I still find Men Behaving Badly to be just not funny. Not because of the subject, just because they weren't funny, my hubby didn't like it either. And I always liked Martin C.
What did you think of 'Ideal' with Johnny Vegas? We loved that.
I found your blog through a mutual love of Roselands...I grew up in Lakemba through the 70's and 80's. I never see the big R now, as I live in Adelaide. I remember being distraught as a child when they got rid of the raindrop fountain, and the outdoor waterwheel etc.
Enjoy! Hope your ankle came good.
Janis L

Hi Janis L, haven't checked my Gmail for ages so only just found your comments. Denise Scott is a national living treasure; we can agree to disagree about Ms Lucy. Their combined show was a bit of a disappointment. Johnny Vegas is adorable on QI but I haven't seen 'Ideal' - looks like I have some research to do. I will give your regards to Roselands.