Strike Up The Band Once More! 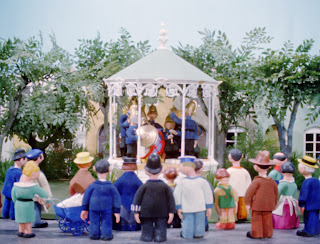 Edwardian & Victorian Bandstands should be re-animated.

As a little girl growing up in Ilford, Essex  my favourite outing was to Valentine's Park (originally known as 'Central' or 'Cranbrook' Park). It had a duck pond, huge 'monkey puzzle' trees, squirrels you could feed with peanuts in the shell, a boating lake and a big bandstand with cast iron railings covered in flaky green paint surrounded by a gravel path. I loved the crunch of the gravel underfoot and running up and down the bandstand steps. Inside the bandstand were stacked rows of folded iron chairs. On  trips to the park with my mother or grandmother, my sister in her pram, we never saw another soul in the bandstand area and we never saw those chairs unfolded and in use. It was the 1960s and no performance had taken place in the Valentine's Park bandstand for decades. 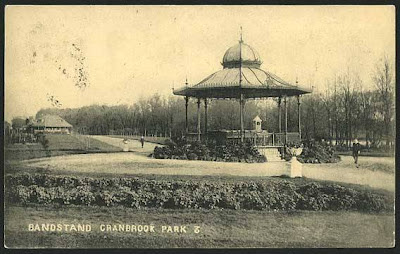 The Bandstand in Valentine's Park, Ilford soon after its construction

The Valentine's Park lands were part of a 17thC estate gradually bequeathed to the public between 1899 and 1912. The bandstand, built in 1906, was one of a slew of attractions including sunken gardens, a clock tower, tea rooms and cricket grounds, added to entice the public through the park gates. 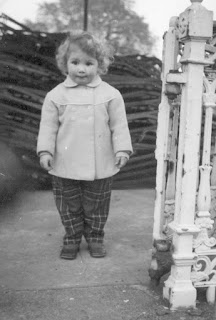 The heyday of the British bandstand was in the Victorian and Edwardian eras. Colonialists would have seen domed and pillared pavilions dotting Indian and Islamic landscapes and judged the style just right for open public spaces back home. Parks and pleasure grounds proliferated as sites for clean, healthy outdoor enjoyment and the addition of a bandstand provided scope for economical and rousing entertainment.  The military in Victorian/Edwardian society was a strong breeding ground for brass band musicians and by the early 20thC most British towns had their own band and bandstand.

In the same period, New South Wales was eager to match the sort of elegant open air vistas and promenades that featured in the parks of the 'Mother Country'. Sydney's Hyde Park had not one, but two, bandstands in quite quick succession. The first and more modest of the two was erected in 1888, then removed to suburban Camperdown in 1910, to be replaced by a grander bandstand and amphitheatre which lasted in situ until 1951. 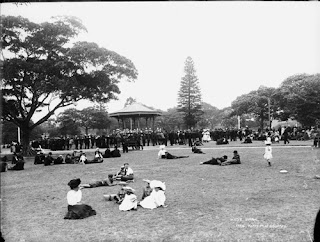 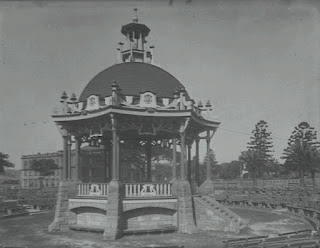 Recycling was quite the thing with bandstands apparently  as the elaborate 'rotunda' built at Farm Cove for the arrival of Lord Hopetoun in 1895 appeared in Ashfield park in 1903 where it lasted until the 1940s. 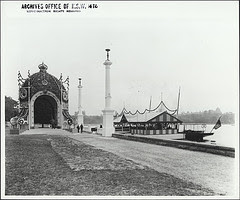 Same rotunda at different locations: Farm Cove (above), Ashfield Park (below), sadly no trace of it exists today. 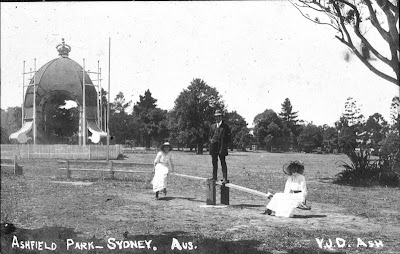 Some other Sydney monuments shifted about a bit include the Shakespeare memorial statue opposite the State Library, the  statues of Victoria and Albert in the Macquarie Street/Queen's Square precinct and 'The Abbey' in Bridge Street Glebe which was once on Broadway. But I digress...

While researching the fate of the bandstand I remembered from my childhood and discovering bandstands still standing in Sydney's inner west I happened upon the site for an inspired project.  Bandstand Marathon aims to breathe new life into UK  bandstands with an annual performance blitz at multiple venues featuring multiple musical genres.  My own  Valentine's Park bandstand will be participating this year on September 9th.

An event like this would be a wonderful addition to the Sydney Festival or to Open Sydney - I am keen to sow the seeds with heritage and music organisations. While bandstands in the Botanic Gardens, Glebe's Jubilee Park and in Wynyard Square have now vanished, here are several neglected bandstands still standing that could find a new lease on life through such a venture.  Do you know of others? 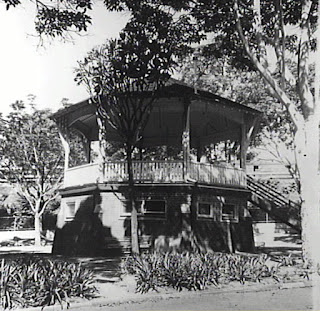 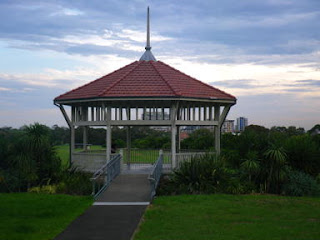 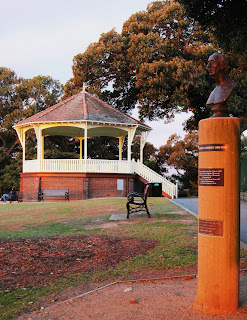 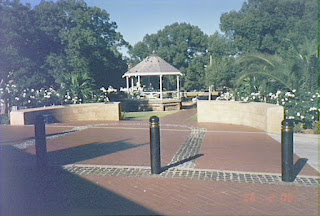 The one in Green Park has found a new life as a cafe and function venue.