A domestic spy checks out 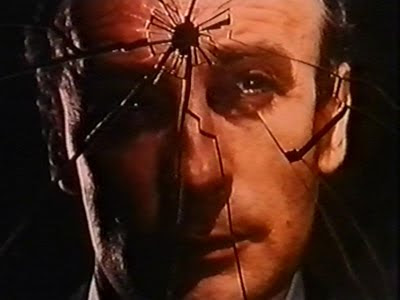 Who would make a good small screen spy in late cold war Britain? Edward Woodward would!
The anti-hero of my youth has passed on. Edward Woodward died this week aged 79. Long before he was the Breaker (1980), long before he did a guest cameo in Hot Fuzz (2007) as a fanatical member of neighbourhood watch, and long before I became aware of his early success in the quirky cult classic, The Wicker Man (1973), Edward Woodward was Callan (1967-72). That is where and how I discovered him and fell for this alienated, ruthless loner, very probably a small screen version of Harry Palmer but with a safer more domestic sexuality than Michael Caine.

Those gritty credits with the swinging light bulb were the prelude to a weekly dose of angst and nastiness that held a strong and furtive appeal to my budding sexuality. What ardent 17 year
old girl doesn’t yearn for a brooding Byronic type forced by circumstances to remain lonely and unfulfilled whose troubled brow she could smooth with her caresses?

First step in learning to separate the performer from the character he played was purchasing tickets to see EW in Male of the Species at the Theatre Royal in Sydney. A newcomer to professional theatre, I was rewarded by a capable, entertaining, if not virtuosic, performance in a jolly British play that wasn't as broad as Whitehall farce a but not Orton or Bennett either! The creeping realisation also began for me that Edward Woodward was not a tortured soul but just another amiable thespian bonking his leading lady (Michele Dotrice, who became his second wife). The mystique was unique to the Callan character!

After that my obsession with EW gradually began to fade, but not until I had committed the bizarre act of spending most of the income from my first part-time job on buying his entire recording oeuvre! I've followed his career intermittently. I liked him in Common As Muck (1994-97) but completely missed him in The Equaliser (1985 – 89). I've still never seen The Wicker Man and I wasn't aware of roles in Eastenders and The Bill which I don't watch. And I actually found his bully-boy dignity in Breaker Morant a bit corny and his casting a touch of cultural cringe!

But, by all accounts, Teddy Woodward was a good natured, generous spirited, workman-like actor who was not at all up himself! Bruce Beresford and Simon Pegg say so and I have no reason to doubt them.

His death marks the end of my relationship with his Callan persona and with an era of British television that dominated my youth. It also disconcertingly reminds me that the truly alienated, lonely figure of my girlhood was my father who once barked at me in drunken self pity that I cared about Callan and his bleak existence but not about him, who, he claimed, had endured real manipulation and enforced secrecy at the hands of British intelligence. I seriously doubt he was talking about anything more than working on a defence force aircraft contract and having to sign a confidentiality agreement but the angst and regret were real.
Posted by Alice at 10:22 PM