So it’s month seven in the antipodean garden of Eden that is ! I would like to say that the body count had stabilised at minus two rabbits and one cat but although the latest casualties have not come from amongst the ranks of our pets the carnage goes on.  I have lost count of the variety of dead things, or bits thereof, I have seen. 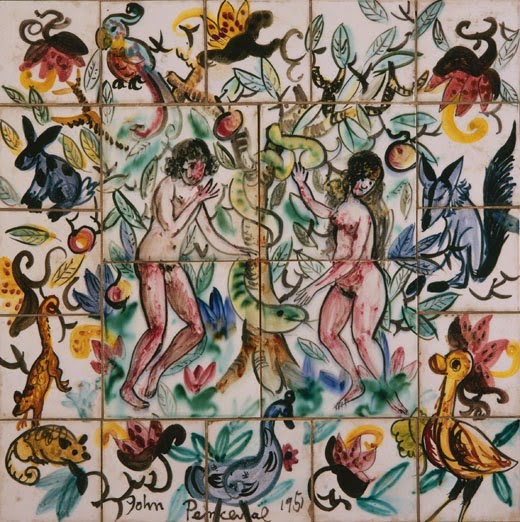 Portents were here from the beginning had I but heeded them. There was a cow skull attached to the aviary when we arrived, we've found a wombat skull and several other skeletal remains strewn about in the bushland behind our house. The roads on the journey to Wagga featured plenty of the grey/pink sludge that speaks of ex foxes, rabbits, 'roos and possums.  Death was and  is omnipresent. Notwithstanding the Christian reference I began with, I am now going to go all Hindu and suggest that the demise of any living thing could be viewed as diminishing us all. As a nature lover I have always thought along those lines. However, in later life I am having to harden the hell up! Otherwise I would be in perpetual mourning.

Some deaths come from the indifference of nature like the freak storm one afternoon that brought the temperature plummeting by about twenty degrees and saw off our koi carp, or the strong winds that dislodge the odd nest of fledglings. These deaths I can view as sad but unavoidable.

Many more deaths though are the result of human impact (and here the guilt starts to seep in). The trappings of civilisation we invaders have brought to the bush like the chlorinated pool water that defeated a naive little frog and the swift, convenient vehicles that plough into nocturnal animals. Then there are the expired skinks and small birds that have met their ends courtesy of our supposedly ‘indoor’ rescue cats.

However my own deep, personal shame is that I am now an agent of death -  I regularly commit arachnicide! Is it the thin edge of the wedge? Will it be long before I join the Hunters and Fishers party?

My metropolitan philosophy had ever been to gently evict any creepy crawly that attempted to share our living space, this is how I came to justify a more drastic solution.

For weeks there lurked in the crevices of the rocks around the pool an abundance of spider types. At least a third of them were red backs and although I was assured that their fangs cannot pierce human, canine or feline skin I let my fear and repugnance get the better of me. Soon I was using insecticide, water jets and the base of a thong to despatch them. These weapons (apart from the thongs) knew no nice distinctions and many harmless grass spiders met premature ends in the purge. 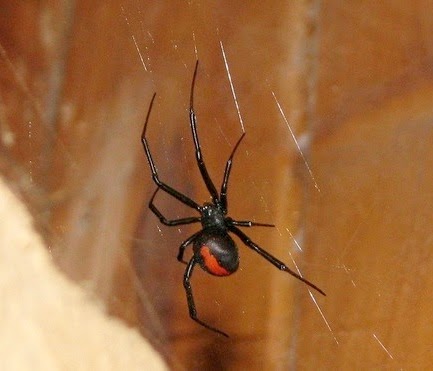 Pool (and everywhere else) lounger

Then there was huntsman season. Something just snapped when my 3 a.m. lunges with upturned Tupperware at the biggest bloody huntsman I've ever seen on the pelmet in my daughter’s room proved completely useless and the monster just scurried about menacingly.  I  protested not one jot when my son tried to ‘take out’ the spider in a more final way than I had planned. He used the plastic wrapped rolled Herald like a kind of javelin/snooker cue hybrid and thrust it at the creature. The spider retreated  between the slats of the blinds and I found one of its legs, though not the rest of it, on the window sill the next day. Within a week its relations were all over the joint and we became quite blasé about removing them with no care for their well-being. Next the humble daddy long legs fell victim to my callousness. So abundant and prolific are they that you can denude a room  of them one day and find five or six in residence again the next. 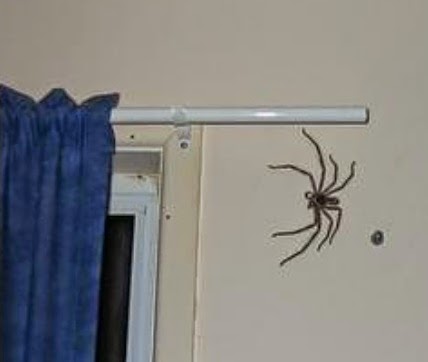 A simulation of the huntsman on the bedroom wall scenario
although this one is MUCH smaller!

In fact it is a Waggan thing that spiders and their webs simply abound! The eaves and window frames of every building, the wheels, doors and wing mirrors of every car and the extremities of many plants are festooned with webs that are remade within twenty four hours of being removed. If you have seen the photos taken after the Wagga floods you will know that the local spiders are incredibly resourceful and tenacious. Not for them the watery death facing other fauna, they simply established housing developments atop anything that stuck out above flood level. 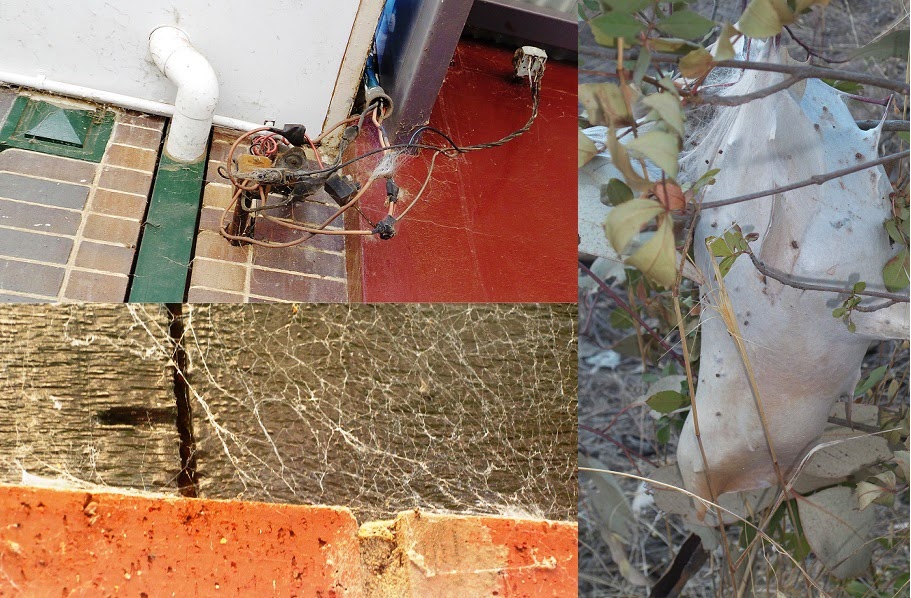 They say familiarity breeds contempt and just as I hardly gave squishing a cockroach a second thought in Sydney I now view spiders’ invasiveness  - we have found red backs on the stairs, the kitchen counter, the roll-a-door,  sunning themselves amongst my pot plants and lolling poolside as I mentioned before – as justifying my culling. Their prevalence and audacity make me feel vindicated.

So though my heart is still heavy when I think of the deaths of our erstwhile pets or remove the victims of our current ones, and I grieve at the carnage on the roads, I cannot find it in myself to allow Waggan spiders a share in our joint divinity. I consider them expendable, like Sydney cockroaches. Could I be on  on the slippery slope to worse moral relativism?  I hope I am not accruing too much bad karma,  I only squash the red backs though I may have, inadvertently, vacuumed up a couple of other species. 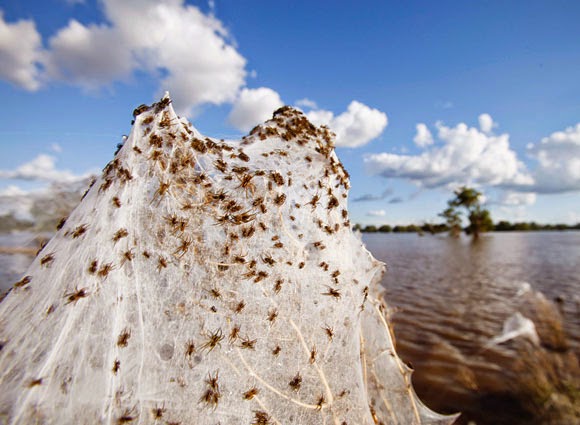 After the deluge, survival of the webbiest. 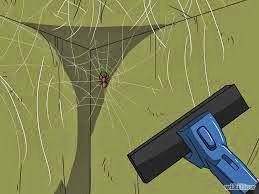 Alice in W?W?W? Waggaland--Feel no guilt. It's the survival of the fittest.
Us Sydneyites are celebrating at the moment with the great news that the Canterbury Mermaids will be able to frolic throughout this winter making a big splash in the outdoor pool. Come and join us, when visiting cockroach territory.Cheers Trisha
PS Keep the blogs coming I LOVE them. They may become the basis for a book about Country Life.

I think insecticide, hoses and vacuum cleaners aren't truly part of homo sapiens evolved adaptability but I haven't lost any sleep over the spiders. Centipedes are the creepy crawly of the month now!