Love Me, Love My Dog

I have had the statement 'founding member of Sisters of Disorganisation book group' as a proud part of my blog profile for over 4 years. I have just deleted that as my book group imploded rather spectacularly this week!

Perhaps the fact that the group formed over a mutual love of dogs, not reading, should have sounded a warning note. Yes, that's right, women who met walking our dogs in the local park (or 'parc' to use the creative spelling favoured by one of our number), decided to form a book group.

Isabel Allende's The Sum of Our Days gave us our name, but disorganisation, it turns out, was the least of our worries.  Our main problems were, as they were for Isabel's family, usurped democracy, coup d'etat and exile (luckily we have so far stopped short of assassination).

Our foundation members were two scientists, one full-time carer, a librarian, an accountant/administrator and two public servants. Later both scientists left - one amicably and the other under a cloud (read on); an ex-school principal, a caterer and a training consultant joined progressively over our last 3 years.

Forming, storming, norming, performing, adjourning (sometimes 'mourning' is added) are the well known stages in the life cycle of groups first articulated by psychologist Bruce Wayne Tuckman in the 1960s. We could add fawning, damning, commandeering and interfering (and a word that means speaking on another's behalf without even considering what that person might think or feel, if there is a homophonic half rhyme that means that). 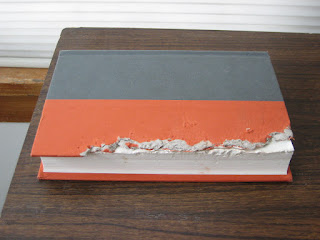 Above: Dog lovers ate my peace of mind!

We had a constitution of sorts, a list of questions to address (sourced partly from Oprah so quite possibly hexed!) and our meetings were roughly monthly at the home of a 'sister'. Our meetings were great, food and alcohol fuelled fun for quite a while. The first instances of disharmony emerged in our 2nd year over skinny dipping, dog minding, sexual anecdotes and a lawn mower. I agree, as literary controversies go, they are not really up there with the Ern Malley hoax or the 'Hitler' Diaries!

This is what occurred:
The first 3 issues we managed without too much fuss, loss of face or loss of membership but the last led to a schism whereby the temporary owner of the lawn mower was 'expelled' by some angry sisters. Not all sisters liked this move.

So the fruit of the tree of the knowledge of good and evil had been tasted. We continued to meet regularly, to eat and drink lots and to read and discuss some interesting books. Among them, Nam Le's The Boat, Christos Tsoulakis's The Slap, Cormac McCarthy's The Road and several whose titles did not begin with the definite article, such as Geraldine Brooks's Caleb's Crossing and Lewis Carroll's Alice in Wonderland!


Time marched on. One member had 2 babies and moved away. One member had two admissions to hospital for her dangerously low weight (never actually acknowledged as bulimia/anorexia). One member had two workplace grievances lodged against her and changed jobs twice. The dating members introduced beaux to the group and dropped them in quick succession. One members' dogs died and were replaced. One member's Mum died and wasn't. One member was retrenched from her job. Then the latest round of ruptures happened:

You'll note I'm finding it harder to be amusing as the list goes on... And, oops,  I may have showed my hand in some of my comments. Suffice to say that after exchanging numerous heated emails and having an intense discussion that significantly ate into my time with my family we've decided to part company. I think I have learnt my lesson though. Next time I consider joining a book group I will definitely opt for cat lovers! 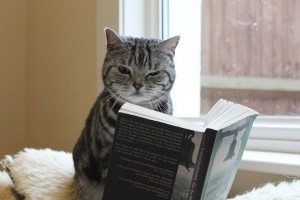