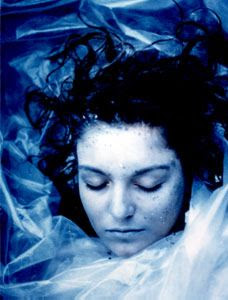 The ultimiate eroticised felmale victim, Laura Palmer in Twin Peaks.
In the past few weeks I have finished reading The Girl With The Dragon Tattoo and seen the Swedish film of the novel, watched the last two episodes of series 2 of Breaking Bad and seen In My Father's Den , a NZ/British co-production of 2004. Something that strikes me about all three of these dramas is the extent to which the vulnerability and potential or actual victimhood of women is key to their plots. Our book group voiced real concern about Mikael's and Lisbeth's decision to leave the series of sexual tortures and murders unreported at the conclusion of the first Millennium novel and I hear, from those who have read ahead, that this decision does not sit easily with the protagonists in the next instalment.

In the NZ movie, an adaptation of a 1970s novel, the character of Celia is at once the personification of freshness, hope and the will to transcend a stifling, brutal, closed culture and the fated victim, sacrificed to the tawdry, melodramatic conflicts that bedevil the family at the centre of the plot. The film is very dark but the most distressing element is undoubtedly the confirmation of Celia's death. I think the film maker, realising how completely devastating and demoralising this denouement was, played with the chronology so the last shot shows her walking confidently toward a new future.

The seductive magic of Breaking Bad has been that whatever new low Walter White has sunk to we have had a grudging or even a right on, sympathy for him. From the moment he stood and watched Jesse's girlfriend, Jane choke on her own vomit without raising a finger to help her because her death would cement Jesse's dependence on him, it has been a whole lot harder to like Walt. As the concept has gone on to Seasons 3 & 4 I can only wonder at what the writers, and Bryan Cranston, who is superlative in the role, will do to make me give a solitary damn about him from now on.

Even Lynda La Plante, queen of the telly crime thriller genre and creator of feminist icon, Jane Tennison, peppers her plots with plenty of tortured and mutilated women. While Wire in the Blood also originally the work of female crime writer, Val McDermid, at least distributes the sexual voyeurism around by showing Robson Greene strung up, the helpless, hapless victim of a sadist at least once.

I am not trying to be a political purist here. It is because women and girls are vulnerable and because rape and murder are crimes primarily perpetrated by men against less powerful victims that they become the stuff of crime drama. Steig Larsson's Millennium trilogy has been hailed for giving us a strong female heroine and the film adaptation of the first novel in no way exploits its subject matter. Our perspective is always Larsson's, Lisbeth's, Mikael's, Harriet's - we are never titillated by the situations or recounted incidents, even with the addition of film imagery. It will be interesting to see if , the entirely superfluous, Hollywood remake can tread such delicate path.
Posted by Alice at 9:15 PM