Gotta find out who's naughty or nice 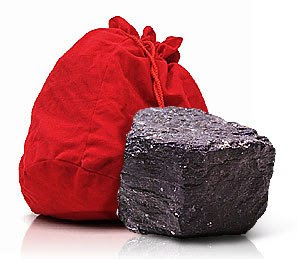 It was customary once in the lead up to Christmas to tell children that Father Christmas had been assessing their conduct over the year and good little girls and boys would receive a gift while those who had misbehaved would get a lump of coal. Hence the lyrics of Santa Claus is coming to town, 'he knows if you've been bad or good, so be good for goodness' sake' etc.

Setting aside how annoying it is that the invention of the jolly fat guy doubles the number of omnipotent patriarchal figures judging us at Christmas time, and the fact that material reward has much more to do with Mummy's & Daddy's income than with getting your just deserts, I might just borrow from the conceit and award a few 2009 bon-bons and lumps of coal.

Firstly the coal, well Carl Sandilands obviously . 'Naughty' is too tame a word for him, 'repulsive', 'boorish', 'bigoted' - he can have a whole coal mine and a landslide - though metaphorically I think he's already got those! I'm afraid Kevin Rudd has been a bit bad too. He is showing a marked tendency to voice knee jerk opinions such as those on Bill Henson's work, and ill considered populist policies on internet censorship which earn him a lump of (clean?) coal from me as a reminder to behave better in 2010. Now little miss Kate Moss, you has been naughty with your pro anorexia utterings so you can have coal for Chrissy too - but whether a lot - to keep you warm, or just a bit so you don't fall over trying to lift it - I am undecided.

Who would have something nice under the tree if it was up to me? Well Barack Obama has really had a bit of a bigger present than he deserves with the Nobel Peace Prize but given his humility in admitting he is not in the same category as most past winners he can get a few gift wrapped poll points from me. Generally speaking he is turning out okay and calling Kanye West a 'jackass' alone needs to be rewarded! A personal choice, Nam Le, for giving me the most memorable gift of my reading year in The Boat, I want to reciprocate. Again there has been plenty of well deserved formal recognition, but I have to say Nam Le is a prodigiously talented writer which equals being good, very good. Now a contentious choice, someone usually placed firmly in the naughty camp, John Saffran. John you were hugely courageous to publicly confront so many of your demons in Race Relations and you did it with a mixture of hilarity and poignancy that made the program compulsive viewing in this household. Have a Hannukah trinket on me!

These are just a few names, I will be making a full list and I will be checking it twice! Seasons greetings, reader(s) - doubt I'll blog again till December 26th.
Posted by Alice at 8:39 AM