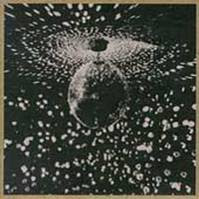 Dust is, according to Marjory Dawes, a good low cal snack! It is also an apparently endlessly renewable resource! It certainly replenishes itself very promptly chez moi. Scudding over surfaces with a piece of fluffy acrylic stuff on a stick and flourishing my poor battered vacuum cleaner once a week diminishes it only fleetingly. I should have heeded Quentin Crisp, who said it doesn't get any worse after the first 12 years, and never started the sisyphean labour at all. Any way, thankfully actually noticing it's there is only sporadic - like when you're obliged to sit in a dentist's waiting room or outside the principal's office and you fixate on details like a bit the painters missed or a crooked picture frame!

So it is that I only recently noticed dusty surfaces at work. The area behind my computer, the parts of the floor at the furthest reaches under the desk etc. Most significantly though, there is dust on the mirrorball! No, I don't work in a disco. I'm in HR and the lime green faceted bauble hangs over the Recruitment section. At first I thought it was a Christmas decoration but I've been here 3 years and it's been hanging there all that time and presumably longer!

It is - appropriately, considering this is a public service department - attached to the ceiling with red tape! I noticed neither the mirrorball nor its ironic tether until some weeks after I started here, when, as I said, the season led me to think it was a festive adornment.

Those were my salad days (well I certainly ate more salad and fewer cakes than I do now) and all was rosy, or in this case shiny and chartreuse! Now familiarity has led to dust-noticing and I am tempted to create hugely mixed metaphors to express how my early enthusiasm for my job and the organisation has given way to my current disaffection and fatigue.

A mirror ball is meant to spin. It needs vibration and light and dark to distribute its glitter. It borders on cruel to keep it static and dust accruing. It can not be true to it's dance floor enhancing function. I think there's a message there!

It's time to get a new job!

Oh how sad - you feel you are the dusty mirrorball. How poignant.

I feel many jobs have "use by" dates, honeymoon periods ...