I always planned to write about my experience overcoming the limitations of my ‘flat’ nipples. I thought I might give hope to other women having difficulty breastfeeding. But I was timid about re-visiting those early days when feared I was starving my son and felt that I was somehow failing as a ‘natural’ woman.

After some 29 years of hesitating, words came. I was in the change room at the pool and saw a mother casually breastfeeding her baby while her two year old looked on and chatted. I was flooded with recollections (and a touch of envy). Later that day I wrote a poem expressing my feelings, concluding with the comforting sentiment that all mothers feel inadequate in some way. 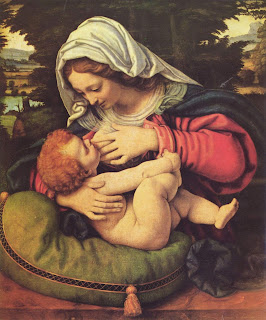 When I read the poem at an open mic event it appeared to resonate. Maybe I am generalising, but the women listening seemed to have a ‘yes, sister’ response, while the men were more ‘wow, she’s brave - sharing that private women’s body stuff’.  Of course they may just have liked the poem!

Either way I have taken heart and decided I can now write about discovering that not all nipples are equal and the ones nature gave me were not up to the task of suckling my young. Indeed in former times, unless I was wealthy enough to employ a wet nurse, my babies would not have survived.

At 33 I was statistically, for the West and for that era, the 1990s, an ‘older’ first-time mother. However my pregnancy went well. I felt buoyant, worked up to week 38 and sported elegant maternity outfits tailor-made for me by a dear friend. This was before the trend for bump hugging and baring which I could not have carried off. I swanned about in flowing smocks and perky pinafores.

My son came 3 days late, a blessing for him as he was due on Christmas Day, but an ordeal for me as it was a protracted, stop-start labour. At one point, believing the labour had gathered momentum, the staff at King George V decided the best strategy was to place me on the equivalent of a gym mat on the floor of the delivery room overnight. When they opened the doors in the morning and I disappointed them they discussed the situation with the locum (my obstetrician was unsurprisingly on holidays), and she elected to induce. Already wrung out from several sleep deprived nights, the oxytocin drip did little to buck me up. I stumbled through labour in a stupor and found out later I had damaged a nerve in my lower back pushing whilst under the effects of the epidural. In my supported standing position atop a gurney, I was able to witness my son’s emergence in a mirror the nurses held up before me. He had a decidedly elongated form and egg-shaped head from his time in the birth canal.  I felt relief rather than joy at his arrival when he was placed in my arms. 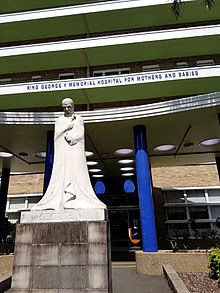 King George V Hospital for Mothers & Babies, Camperdown, NSW where both my children were born

Soon I had more than exhaustion and the after effects of anaesthesia to worry about. When I tried to feed him, my son had difficulty ‘latching on’. The lactation nurse identified deficient nipples. “Do they ever come out more than that?” she asked handing me a glass and rubber ‘nipple puller’ that was meant to do the trick. I said I thought they did ‘a bit’ but their response to the suction device was to emerge half-heartedly and retreat almost immediately. I tried to capitalise on their brief extension and pop my son on but inevitably they provided an insufficient mouthful. He was hungry, frustrated and screaming. I was sore, guilt-ridden and desperate. When the senior lactation nurse was sent to get us sorted she confirmed his inadequate nutrition by telling me he looked like a ’skinned rabbit’. This tactlessness aside, she did help by getting me to express milk, both as a way of ensuring my flow was maintained and to offer my baby ‘comp’ feeds should the attachment problem remain unresolved. Although we would later hire, then buy, an electric breast pump, my first experiences were with a tubular device that I needed to operate manually punishing my inadequate breasts with pulling and pushing a sliding mechanism to create a vacuum. Had its result not been so sought after I would consider its use the height of masochism. 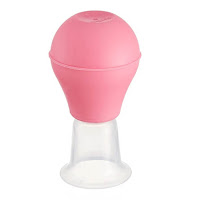 The attachment problem persisted and the nurses confessed to giving my son bottle feeds overnight  including, on one occasion, feeding him someone else’s expressed milk. I was dismayed at this other woman’s hyper abundance and the implied insufficiency of my own supply. I was also concerned there could be health implications. I have since read that each mother’s breast milk has its unique ‘recipe’ tailored to her baby’s needs and that feeding another woman’s milk isn’t ideal.

My nipples were becoming sore from the poor attachment. My son was restless and hungry and barely maintaining his birthweight. I was exhausted from prolonged sessions of attempted feeding followed by expressing. My whole life revolved around lactation. Things reached their nadir on King George V’s rooftop on New Year’s Eve, fireworks in the background. I was sitting with my husband and mother when a nurse came rushing out telling me grumpily that my two day old son was in the nursery crying with hunger as if I were somehow indifferent to him and just partying. I felt absolutely lousy and powerless and began to sob. I probably made another futile attempt to feed him.  I probably expressed milk for half an hour afterwards. I am fairly sure they gave him a bottle of my or some other mother’s milk.  It is a blurry and distressing memory.

Then, the next day, a breakthrough!  A lactation ‘team’ member I hadn’t seen before suggested I try nipple shields. The device I was shown was a nasty nicotine brown coloured protrusion, about the consistency of dried chewing gum, on a glass base. I needed to hold it over my nipple creating a ‘teat’ extension for my baby to suck on. I tried it with some success but for my son it was hardly akin to sucking on a real nipple and I felt like an exhibit in a 19thC museum of maternal grotesqueries! I was advised that a more aesthetic and flexible alternative style was available at chemists and my spouse went on a quest to find some. 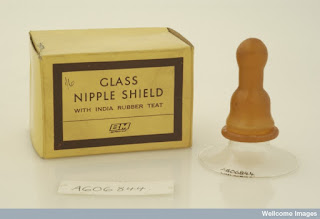 The museum specimen King George V had on hand in 1990

The sombrero–shaped silicone devices we obtained fitted more subtly over the nipple although I still had to hold them in place throughout each feed. After use they needed to be washed with warm soapy water and stored in Milton solution. The nurses assured me they were to be considered an interim measure, were designed to protect scathed nipples and not intended for long term use and that they would both deter my baby from ever feeding ‘naturally’ and would reduce my supply. They advised me to continue expressing after each feed so I did, at least for the next few days, realising that compliance was my ticket out of hospital. Using the shields I could now feed my son when he needed it. I was less anxious. He became more settled.  Our proper bonding began.

A week after giving birth I was discharged, a hired electric breast pump,  an ample supply of Milton and my precious life sustaining nipple shields in tow. I remember looking up at green tree tops and blue sky with an overwhelming sense of gratitude.

In the back of my mind I retained the idea that I wasn’t breast feeding properly and I needed to focus on getting off the shields. That didn't happen. Over the days and weeks I became ever so slightly more confident, demand fed and expressed less frequently. By late January, as the Symphony Under the Stars concert in the Sydney Domain concluded, I fed my boy under a tree to more fireworks and the 1812 Overture!

In all I exclusively breastfed him, never giving bottles, using my trusty nipple shields, for 13 months until he was ready to move on. My supply never faltered. When my daughter arrived 3 years later – an easier birth thank goodness -  I again made an attempt to feed her without the shields. Quel surpris, I still had flat nipples and the same problems occurred. This time I had no hesitation in using the shields and felt fortunate and sensible in doing so. I was no longer paranoid that the occasional bottle would disrupt my supply and she had formula from time to time, soy-based as she had infantile eczema. She weaned herself at 8 months by diving face first into a plate of mashed potato while she was sitting on her father’s lap at the dinner table. 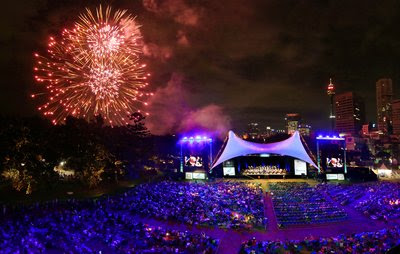 Symphony Under the Stars - Sydney Domain

Other women have told me they were relieved that they couldn't breast feed or opted not to. That is their choice. For me it was important. I believe my children’s health and immune systems got the best start I could offer them. I believe the quality of our bonding was enhanced by the physical intimacy of breast feeding and its associated chemical processes. Once I relaxed into it, I found breast feeding very pleasurable. Not least because of the uterine contractions it triggers!  Those contractions help with the pelvic floor’s recovery too.

Predictions about dwindling milk supply proved wrong in my case.  While the need to clean the shields every time I used them and to carry a little pot of Milton solution* with me at all times was cumbersome and did interfere with spontaneity feeding my babies, bottle feeding paraphernalia would have presented its own inconveniences.

For me personally, used to following through with the ventures I undertook, there was  an immense satisfaction in persevering and succeeding in pursuit of something I considered so valuable. While I haven’t necessarily become an evangelist for breast feeding, well I suppose I have really, a bit, I do urge new mothers to try. UNICEF and WHO recommend that babies are exclusively breast fed for the first 6 months of their lives – they do so for good reasons – it is positive for mother and baby in both the short and long term and is economically wise. In some countries women are manipulated by commercial interests into eschewing breast feeding or it is made very difficult for them because it is discouraged or even disallowed in workplaces. 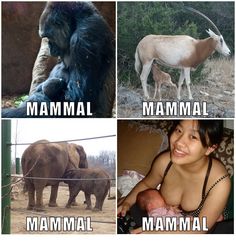 We need to normalise the mammalian natural

Choice is a feminist issue. So is our hard won right to proper care in our pregnancies and as new mothers, our access to adequate maternity leave and the implementation of enlightened breast feeding policies in the public arena and our workplaces. In 2021 we are questioning cultures based on male privilege and male preferences more strongly than ever. Supporting and encouraging breast feeding as part of a ‘new normal’ is important to that revolution!

*I note that the Australian Breastfeeding Association now maintains that washing in soap and water then rinsing in hot water is sufficient.